Peoples Recovery at a Crossroads: How countries spent Covid-19 funds in the Global South 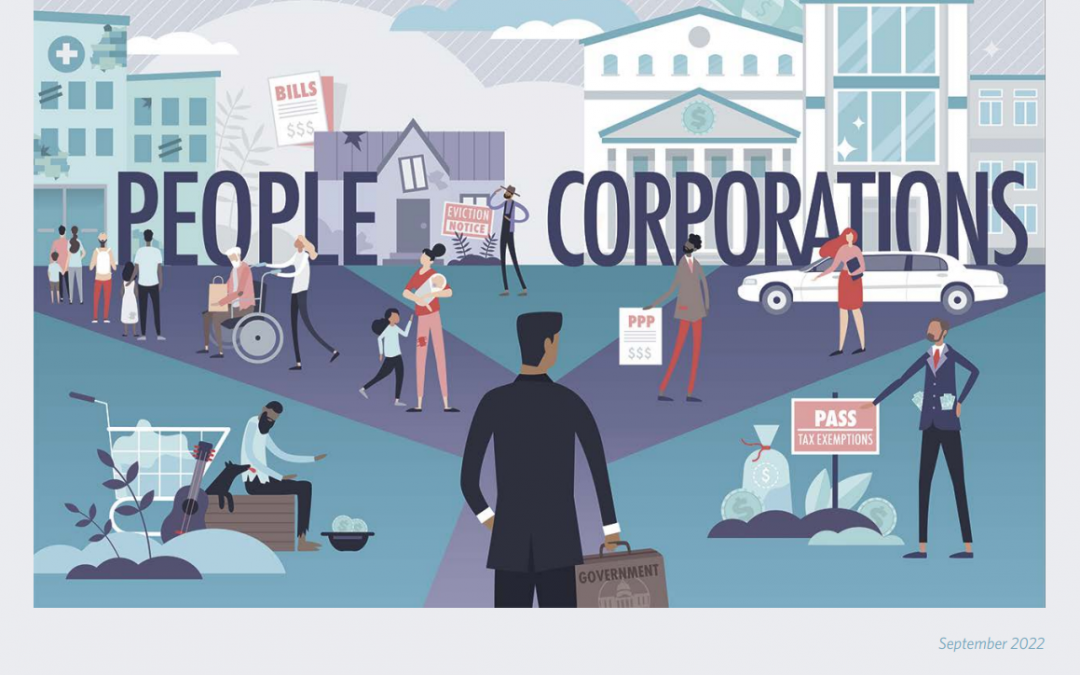 38% of Covid recovery funds went to big corporations in developing countries, instead of social protection

WASHINGTON D.C. – A new report found that 38 percent of Covid-19 recovery funds in 21 developing countries went to big corporations instead of social protection, smaller businesses and informal workers. The new report by the Financial Transparency Coalition (FTC) and partners entitled “Recovery at a Crossroads: how countries spent Covid-19 funds” also found that one-third less money was spent last year compared to 2020, down to 2.4 percent of GDP on average, due to the worsening economic situation, even as the needs kept growing.

This is happening as more than 85 percent of the world’s population will live in the grip of stringent austerity measures by next year. In total, between 75 to 95 million people are expected to be pushed into extreme poverty this year alone due to the Covid-19 pandemic and the cost-of-living crisis spurred by the Ukraine war amid rising inequality, according to the UN.

Matti Kohonen, director of the Financial Transparency Coalition, said: “Despite the cost-of-living crisis, governments in developing countries, often with their hands tied by international financial institutions, are putting big corporations ahead of the people. Nearly 40 percent of Covid-19 recovery funds went to big companies including loans and tax cuts, meaning that those most impacted by the pandemic, especially women and informal workers, have been left behind with inadequate social protection coverage.”

The report warns that pressure by international institutions such as the International Monetary Fund (IMF) to introduce austerity measures and cut funding for basic public services in return for debt restructuring is making things worse. For instance, in Zambia austerity cuts in public spending and rises in Value-Added Taxes (VAT) that hurt the poorest are being imposed as part of the IMF loan program.

Matti Kohonen said: “Nearly 100 million people are expected to be pushed into extreme poverty this year, and things will get worse as many countries like Ghana and Brazil which have allocated significant funds to social protection are now planning to sharply reduce their social stimulus packages. Meantime many others are planning cuts in essential healthcare, education and social protection, as they run out of money due to lower economic growth and in the face of tough lending criteria from the IMF and other institutions.

“Next month’s IMF/World Bank Annual Meetings should promote a people-centered recovery with progressive tax policies on windfall profits of large corporates and wealth of top 1% of the population, instead of failed austerity measures, otherwise more countries may collapse economically like Zambia and Sri Lanka which benefitted big companies and now face severe debt crises,” he added.

The FTC is calling for all countries and international institutions such as the IMF and World Bank to implement alternative policies to bring a people-center recovery instead of austerity. They include taxing excess windfall corporate profits; introducing progressive levels of income and wealth taxes; eliminating illicit financial flows by implementing public beneficial ownership registries for all sectors and public country-by-country reporting especially those at high risk of money laundering and tax abuses; and increasing social security contributions and coverage.

For any additional information or interview requests, contact the FTC communications and media department, email: press@financialtransparency.org

A media launch event of the report will be held during the End Austerity Festival where alternatives to austerity will be presented on Wednesday September 28, with high level speakers. Registration details can be found here.