PALU Statement on the Assassination of Thulani Rudolph Maseko, Advocate 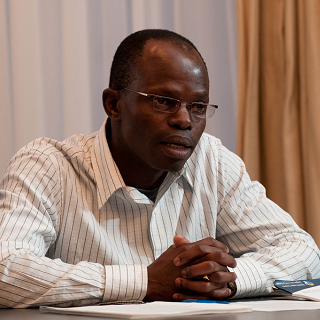 The Pan African Lawyers Union (PALU) condemns in the strongest terms the assassination of human rights lawyer, Thulani Rudolph Maseko. We especially depreciate that Mr. Maseko was brutally shot dead in the presence of his wife and children, right inside his own home, on Saturday 21st January 2023. We also take solemn notice of the fact that his assassination came only a few hours after King Mswati had issued ‘stern warnings’ to those calling for democratic reforms in the country, and threatened that his hired mercenaries would deal with them.

Mr. Maseko was a PALU member, and in our last Annual Conference, held in Arusha, Tanzania in June 2022, he had spoken eloquently, alongside other lawyers and human rights defenders (HRDs) on the plight of HRDs and the challenges to civic space in the Southern African region. It is quite painful to accept that the risks that he spoke about have now been visited upon him with such finality! Mr. Maseko had a long and distinguished track record in activism – including legal representation – for democracy, human rights, independence of the legal profession and of the judiciary on the continent. At the time of his assassination, he was, among other things, the unanimously elected Chairperson of the Swaziland Multi-Stakeholders Forum (MSF), a coalition of civil society groups, faith-based organisations and political parties formed to engage in dialogue with the Eswatini authorities on key political and economic reforms.

PALU will work with LSZ, SADC LA and other actors to immediately activate the special mechanisms of the African Commission on Human and Peoples’ Rights, and of the United Nations Human Rights infrastructure to address the violent assassination of Mr. Maseko and generally the situation of human rights defenders and democracy activists in Eswatini.

Further, at our upcoming Annual Conference, to be held in June 2023 in Livingstone, Zambia, we will unveil an appropriate commemoration to the life of the late Mr. Thulani Maseko and the causes that he worked for in this illustrious life.