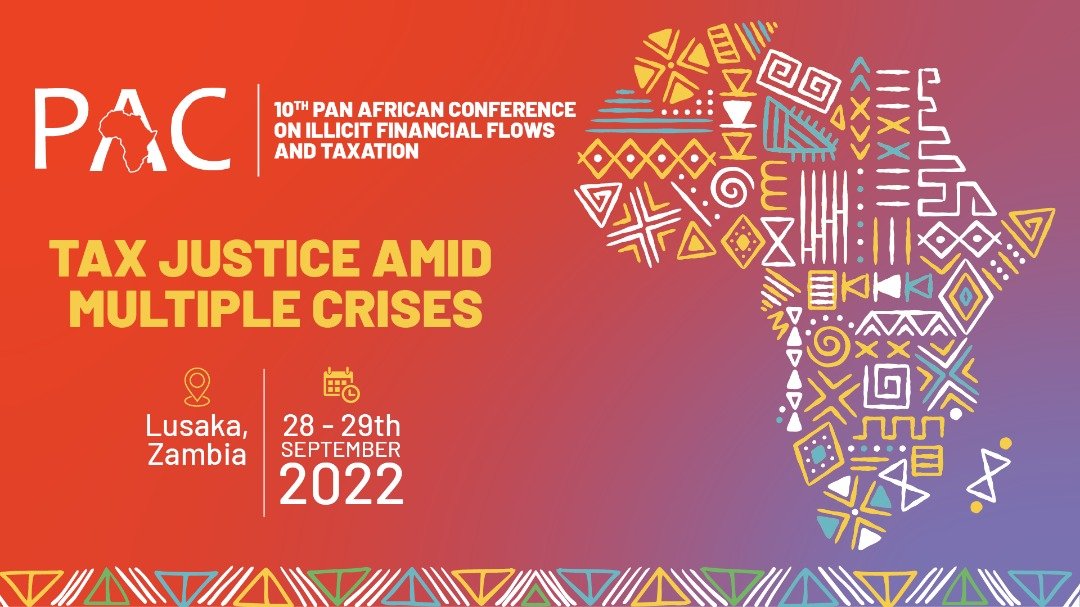 Between 27th – 28th of September 2022; Tax Justice Network Africa (TJNA) hosted the Pan African Conference on Illicit Financial Flows and Tax (PAC) under the theme, ‘Tax Justice Amid Multiple Crises’ in Lusaka, Zambia. The event was attended by more than 100 participants representing government officials, revenue authorities, civic society organizations from various sectors such as gender, youth, trade, tax, debt and mineral resources governance, African Union and United Nations agencies. The event was hybrid and programmatically, the PAC was divided into main plenary sessions and side sessions hosted by other stakeholders.

PALU has recently been taking a much more prominent work in economic governance work on tax, mineral resources governance and illicit financial flows. The PAC meeting was a unique opportunity for PALU to create cohesion for its forthcoming five-year strategic plan with partners and actors in the same space. Using its proficient legal expertise, PALU would be in a unique position to focus on tax incentives, tax expenditure and general capacity building of the judicial and legal practitioners; adding immense value to the advocacy work already underway.

Although the PAC centred around conversations on tax, debt, and mineral resources governance and which appeared to be largely dominated by economists, it was evident there is a need to also approach such issues from a legal perspective. Given that PALU is one of the few Pan African Law organizations working on these issues, PALU intends to take a leading role to steer such conversations and legal action.

Some of the other major reflections and resolutions from the meeting included;

• The Judiciary and courts play a pivotal role in domestic resources mobilization and the unfortunate fact that they intentionally delay judgements on cases that touch on tax. It was noted that at times they lack the understanding of these technical issues and their implications on domestic resources mobilization. In this regard, it is important that they have a profound understanding of tax and illicit financial flows and also know their role in improving domestic resource mobilization.
• In this regard, deliberate partnering/collaborating with other organizations such as the African Tax Administrators Forum (ATAF) and TJNA to capacitate judges, prosecutors, lawyers and courts on tax, transfer pricing IFFs and other related matters so that they know what is required or needed to make judgements. This could be an avenue for fundraising.

In conclusion, PALU reaffirmed its commitment to working with partners on tax, debt and mineral resources governance-related matter and gave its commitment to further explore legal interventions that would complement its currently undertaking with its partners. This could be done through the careful design of economic governance programmes with a bias on law, legal analysis and public interest litigation.