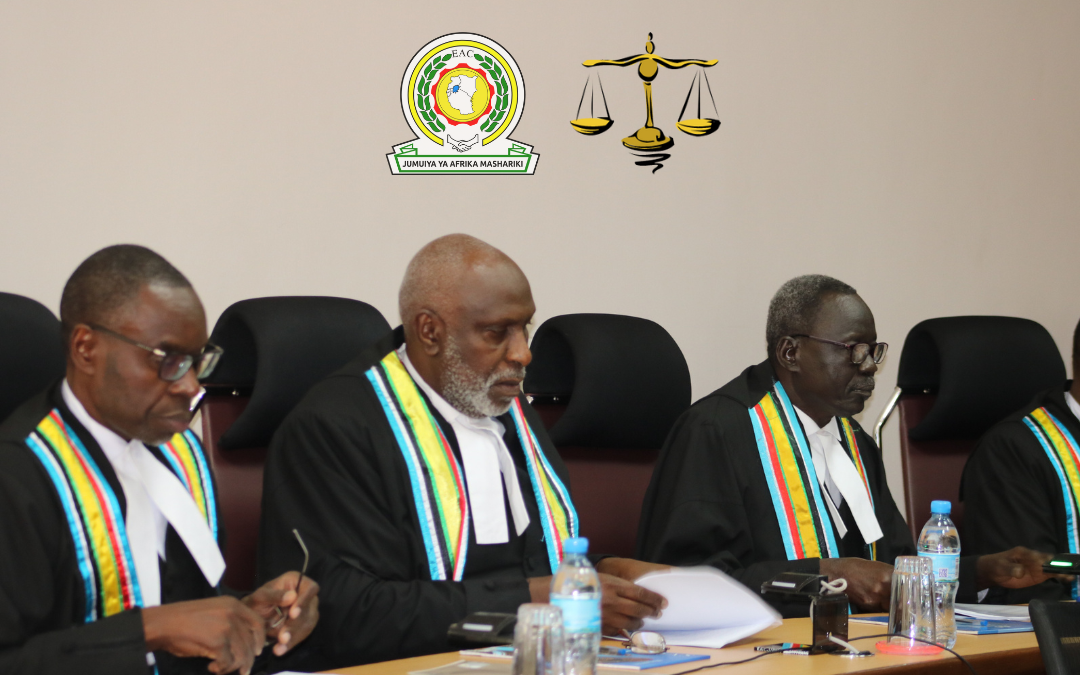 Judgement by the East African Court of Justice (EACJ) in Reference No. 10 of 2017 Ololosakwan
Village Council & 3 Others vs Attorney General of Tanzania

ARUSHA, TANZANIA – On 30th September 2022, the East African Court of Justice (EACJ) delivered the
Judgment on Reference No. 10 of 2017: Ololosakwan Village Council & 3 Others
(Applicants) vs Attorney General of Tanzania (The Respondent). The case was filed on 21
September 2017; The Applicant was represented by a team of lawyers from the Pan African Lawyers
Union (PALU) led by Don Deya (Lead Counsel) and also Tanzanian human rights lawyers Jebra Kambole
and Yonas Laiser. In its Decision, the Court has dismissed the claims of the Applicants.

KEY FINDINGS IN THE JUDGEMENT
• Positively, the Court asserts that it has jurisdiction over the matter; that the
case is admissible (including on having being filed within time, and that there is NO requirement
to exhaust local remedies by going to Courts of the Respondent State that deal with land matters).
• Also positively, the Court accepts the principle that there is village land
separate from Serengeti National Park (SNP). The Court does NOT say that the government has the
right to evict the villagers from the 1,500 km2 of village land. It just says that the Applicants
have NOT proven that the 2017 evictions took place on village land and not in SNP.
• The Court contends that the witnesses’ testimony contradicted each other and was
generally insufficient.
• The Court knocks out the detailed Report of the Expert Witness who testified on
behalf of the Applicants, on the basis that he was a Kenyan national, and did not possess a Work
Permit to undertake work in Tanzania.
• On the above two bases, the Court determines that there was insufficient evidence from the
Applicants to demonstrate that they were evicted from village land, and not from the Serengeti
National Park (SNP).

RESPONSE TO JUDGEMENT
The Maasai communities that PALU represents in this matter are dissatisfied and
disappointed by the Judgment. They feel that the Court has disregarded the compelling multitude
of oral and Affidavit evidence tendered by the villagers. The Court has also side-stepped
the incontrovertible evidence of their Expert Witness, a respected and accomplished
Geo-Spatial Expert, on the mere basis that he was a Kenyan and had not sought a work permit to
undertake surveys in Tanzania, which is not true. As such, the Maasai communities have instructed
PALU to immediately lodge an Appeal at the Appellate Division of the Court, which we will do
next week.

PALU continues to advocate for constitutionalism, good governance, the just rule of law and the
promotion and protection of all human and peoples’ rights for all people. While we disagree with
the Decision of the First Instance Division of the Court, we will pursue an appeal as provided for
by East African Community Law.

Secondly, PALU implores the Tanzanian government to reverse its Government Notice No. 281, signed
on 10th June 2022 by Hon. Ms. Pindi Chana, Minister of Natural Resources and Tourism, and published
on 17th June 2022, which illegally declares 1,502 square kilomtetres of Village Land as “Pololeti
Game Controlled Area.” The declaration was made as a means of taking away village land of
Ololosokwan, Kirtalo, Oloipiri, Lopolun, Orkuyainie, Oldoinyowas, Loosoito, Arash, Ormanie,
Oloiswashi, Enkobereti, Olalaa, Kipambi, Ololosokwan villages, and Piyaya and Malambo village
land, without following the mandatory procedures of the Tanzanian Land Act, Village Land Act,
Wildlife Conservation Act, and other laws of the United Republic of Tanzania. PALU together with
other human rights advocates representing community members in the villages on 16th August 2022
filed a second case challenging the declaration at the EACJ. The Reference has been
served to the Respondent on 18th August 2022.

BACKGROUND OF CASE
This case arose after several disputes regarding the ownership and usage of a portion of the
Applicants’ land that borders the Serengeti National Park (SNP) to the west. In mid-August 2017,
officials and officers from the Government of Tanzania, accompanied by staff of Otterlo Business
Corporation (OBC) began violently evicting Maasai communities from 1,500 km2 of their own land in
the Loliondo Game Controlled Area, after issuing diversionary formal letters to the Applicants
ordering them to remove their cattle and bomas “from the Serengeti National Park.”

Due to the above actions and inactions by the Respondent, the Applicants held a series of community
meetings and resolved to take legal action against the Respondent at the EACJ. The filing of the
case was one of the first steps of many initiatives later leading to the filing of a request for
Provisional Measures (Interim Orders) which successfully led to the Court ordering the
Tanzanian government to stop all their activities, until the final judgement.

On its part, actions by the Tanzanian government included intimidation and physical
harm to community members and their livestock which rendered others with serious bodily injuries,
and some even resulted in death. The continuous intimidation by the government on evictions from
Loliondo led the community after advice from the advocates to file an Application for
Contempt of Court at the EACJ on the failure by the government to adhere to the
Provisional Measures (Interim Orders) that had been issued by the Court. Regrettably, the
Court has not yet scheduled for Hearing this Application to cite the Government and several of its
officers for being in Contempt of Court.

NOTES TO EDITORS:
The Pan African Lawyers Union (PALU) is the premier continental membership forum of and for
individual African lawyers and lawyers’ associations in Africa. It was founded in 2002 by African
Bar leaders and eminent lawyers, to reflect the aspirations and concerns of the African people and
to promote and defend their shared interests. Its membership comprises of the continent’s over five
regional lawyers’ associations (RLAs), over 54 national lawyers’ associations (NLAs) and over
1,000 individual lawyers spread across Africa and in the Diaspora, working together to
advance the law and the legal profession, rule of law, good governance, human
and peoples’ rights and socio-economic development of the African continent.