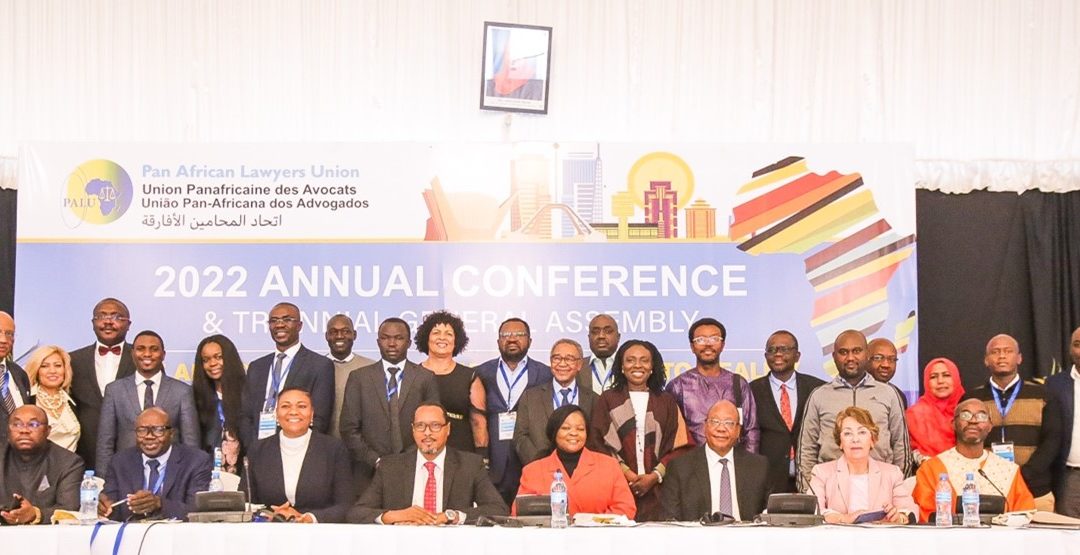 Following the easing of international travel restrictions and the lifting of the ban on holding physical meetings due to Covid-19, the Pan African Lawyers Union (PALU) held  its 12th Annual General Conference and Triennial General Assembly in Arusha between the 27th and the 30th of June 2022, with “The Africa We Want: From Aspirations to Reality” as its theme. The Financial Transparency Coalition and the Stop The Bleeding Campaign (STB), with its slogan #SisiNdioTuko which literally translates to ‘we are the ones who are here’, was an significant part of this event. In line with the theme of the Conference and the slogan of the STB campaign, for Africa to achieve her dreams, it is upon Africans rather than outsiders to initiate, champion and demand progress. In this regard, the Conference took stock of the developments in Africa, re-evaluated the continent's capacity and existing assets (human, technical and financial) and identified progressive strategies for a better Africa.

The presentations, made during the Conference, were categorized into four streams namely: Business Law, Legal Practice, Public Interest and Development Law and Economic Governance Specialist workshops. Under the Economic Governance theme, the conversations were about curbing illicit financial flows (IFFs) and improving Beneficial Ownership (BO) disclosure in Africa. These topics were chosen to address the continental struggle to adequately fund its development due to loss of revenues through IFFs and the need to unmask perpetrators of IFFs.

As highlighted by the 2020 UNCTAD report the continent is losing USD89 billion  per year due to IFFs, half of this amount is emanating from the extractive sector. This figure, provided by UNCTAD, is higher than the USD50 billion, mentioned in the High-Level Panel Report on IFFs (HLP), indicating an increase of IFFs. For Africa to reach its potential, this means increasing and sustaining a momentum geared towards building the necessary political will to implement the HLP report to curb IFFs and to increase the domestic resources mobilization, is a must. More so, Africa should independently dictate her development path to achieve the Agenda 2063 and SDGs. On the BO disclosure front, there is a need to identify the individuals who are involved in illicit activities, the locations to where they are moving them and the beneficiaries of these unethical practices. The overall goal is to minimize corruption and money laundering, improve financial transparency,  hold perpetrators accountable and recover what was stolen through tax evasion and avoidance.

To unpack the topics and have profound conversations, a rich and diverse panel of experts, comprising of practising lawyers, government officials, parliamentarians, members of the FACTI and HLP Panel, African Tax Administrators Forum (ATAF), Zimbabwe Environmental Law Association (ZELA), Global Financial Integrity (GFI), Tax Justice Network Africa (TJNA), the STB and FACT Coalition were part of the discussions. From the discussions, the following issues were the major takeaways.

Since the launch of the HLP report, a lot has happened in terms of the progress and challenges of implementation. To track these developments and gauge the extent to which countries are faring in terms of implementing the aspirations of the HLP and FACTI Panel Report, TJNA and PALU are developing a tracker to ascertain the implementation of the specific recommendations. Given that the technicalities of curbing IFFs are well known, it is indispensable that momentum towards manufacturing political will is sustained and strengthened, especially given that recommendations on their own, without successful implementation, are not enough to create any substantial change.

Organizations such as ATAF are working towards providing technical assistance on transfer pricing to 16 African countries and automatic exchange of information in 4 countries. Evidently, there are African countries that are willing to curb IFFs. For African CSOs to increase their effectiveness in curbing IFFs, collaborating with other partners from the global north is key. In that regard, the FACT Coalition pledged its support and willingness to work with PALU and the STB on this.

The facilitation of IFFs involves professionals, such as lawyers, who serve as gatekeepers of the international financial system and they can, by offering their knowledge, play an important role in enabling IFFs. The revelations through the Panama and Paradise papers revealed that lawyers facilitate IFFs through offshore financial centres. Further, FACTI Panel report pointed out that very few types of IFFs are conducted solely by criminals. Most of them are enabled by a variety of professionals, including lawyers. This implies amongst others that lawyers have the necessary knowledge and skills to contribute to the fight against IFFs. They can assist through litigation, lobbying for IFF-related laws, public awareness and engaging in legal research on IFFs. In this regard, lawyers are therefore key change agents with great potential to influence positive policy reforms and socio-economic development in society. In this regard, PALU should continue and intensify the trainings for lawyers on IFFs, corruption and ethical standards.

Building upon the STB 2021 Alternative Mining Indaba Session, one of the critical success factors in curbing IFFs is the need to influence learning institutions and build a youth and student movement that is knowledgeable on IFFs. Students and youths are particularly important given their democratic dividend. Needless to say that they are the future professionals and will therefore be heavily affected by IFFs. To that end, PALU, the STB coordinator and TJNA trained 76 students and youths on IFFs and established a student and youths’ platform on IFFs. The long-term goal is to build a network of young professionals that will be a force to be reckoned with in combating IFFs. PALU and the STB shall continue to provide capacity and support to youths and students.

Corporate anonymity presents substantial challenges to African domestic resource mobilization efforts. The HLP report indicated the need for BO disclosure as one of the key strategies to combat IFFs. To date, countries have made commendable progress towards ensuring BO disclosure and there is some level of political commitment by some countries.  Notable progress has been made on reforming laws to include elements of BO and the establishment of BO registries, though there are not (yet) publicly accessible. However, challenges such as limited understanding of BO and its potential benefits, exclusion of CSOs in BO processes and the navigation on issues such as the adequacy of BO data and the subsequent verification are preventing further progress.

Given all these challenges, the complementary and watchdog role of CSOs should be seen in terms of contributing to outreach programmes, sensitization and capacitating citizens and the private sector on BO disclosure. Additionally, it is important that CSOs have the requisite understanding and capacity to push for BO legislation that is watertight in terms of not only exposing the natural persons but also aiding in dismantling the secrecy veil to improve transparency and accountability. This will possibly advance domestic resource mobilization by combating corruption and money laundering. In respect of this, efforts should also be extended to ensure that countries have effective and adequate systems that will ensure BO disclosure is beneficial. In the absence of these systems or if they are compromised, BO disclosure will not bring any meaningful benefits.

Efforts to accelerate BO disclosure implementation should also include investigating the role of African Union institutions, especially in the wake of implementing the African Free Trade Continental Area. An introspective look at their roles would ensure that the aspirations 3 and 7 of the Agenda 2063 are met.

Undoubtedly, by taking a glimpse at the matters discussed, it is crystal clear that PALU, as a premier continental forum for lawyers, has a big role to play in ensuring that the African continent moves from aspirations to reality. PALU fulfils its role by continuously training and capacitating lawyers on IFFs and BO disclosure so that they contribute to the curbing of IFFs and BO disclosure implementation, to the generation of political will and to the establishment and evolvement of an all-inclusive and collaborative movement that includes students and youths.